Malini Nair hailing from Kerala is trained in the kalamandalam style of Bharathanatyam and Mohiniyattom.Her Guru Kalamandalam Padma Sasikumar is the artistic director of "Natyalaya" located in Trivandrum,Kerala.With an engineering background Malini Nair finds dancing and choreographing fulfilling to her life.In 2008 January, she established "Sowparnika Dance Academy" and since then she has been training more than 150 students every year. Malini Nair was the first Malayalam New television Anchor when Asianet USA launched in 2003.She was the national winner for Malayali Manka contest of Fokana Nationals at Chiacgo in 2007.Malini Nair has acted in the famous malayalam sitcom "Akkarakazchakal" produced in USA.She has also received training under famous teachers like Guru Vyjayatnthy Kashi,Guru Rama Vaidyanathan, Guru Sheejith Krishna & Guru Neena Prasad.

Malini Nair has served as the president of the largest Kerala Association of NJ (KANJ) during 2012-2013.She is also an active member of numerous other associations  like KEAN,KHNA,NAMAM,NJNS etc.Currently Malini Nair lives in NJ with her husband and twin boys. 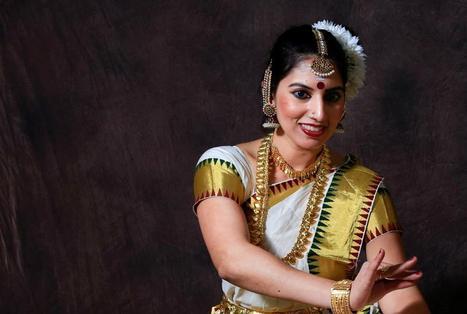